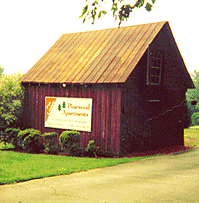 As I begin this BrandFace journey, I’d like to share a personal childhood story which will give you some insight into my desire to succeed and to help others achieve professional and personal success as well.

My fascination with stardom began with my dream to fly. At the age of eleven, I orchestrated my own flight attempt from a barn loft. I could visualize myself soaring at least thirty feet across the yard, my accomplishments broadcast on the evening news with Dan Rather as though I was one of the Wright Brothers (but smarter because I could fly without machinery).  I would do the talk show circuits and then eventually teach others how to fly using the same methods.

I positioned myself just on the edge of the loft opening, outfitted with foam cot mattresses strapped to each arm like wings. Don’t ask.  It was all we had and I’m convinced MacGyver would have done the same.  I instructed my brother, who was four years younger, to take a running start and push me out of the loft. He was a willing accomplice.

The first two attempts ended with my screaming commands to stop as I heard his rapid footsteps approaching behind me. Before the third attempt, I informed him that, no matter what I said, he should proceed with the plan and push me out of the loft. And like any loyal and dedicated sibling, he did just that.

Those foam mattress pads did nothing to cushion the ten foot drop. I went straight down. The heels hit first, then the rear end. Then I feebly flapped my foam wings twice, and followed with hysterical laughter. It wasn’t the courage to jump, or even the humility in the landing that convinced me I was destined for success. It was the fact that I wasn’t discouraged at all by my failed attempt to fly.

Becoming a BrandFace takes commitment to be the best in your industry. It takes confidence to represent your brand. And it takes persistence to stay focused in the face of challenges and even judgment. If you choose to join me on this journey, I hope you are both passionate and humble in your approach.